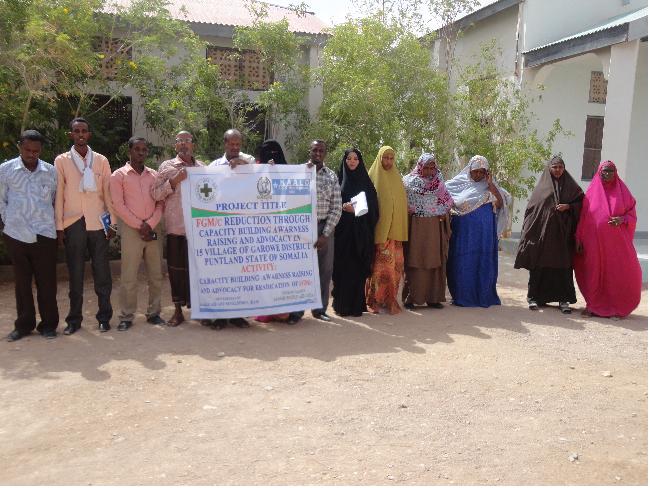 Kaalo Aid and Development (KAD) are engaged in increasing knowledge and changing the attitudes and behaviors of target audiences in the area of reproductive health and other related social issues. It employs a number of strategies to make this happen. One of the major strategies is capacity building including awareness raisin, the awareness raising program is largely concerned with the reinforcement and changes in community norms. It also seeks to empower people vis-à-vis their health actions and to seek social and political support for those actions.

In the past six month a number of awareness raising programs have been organized by KAD for different sectors of society identified to augment the attitude and behavioral change objectives of KAD activities. These programs have been able to win to a remarkable extent the support of many influential’s in different villagers of the country. The current capacity building program is organized as a continuous process of fostering positive health practices individually and institutionally and contributes to sustainable social change.

It is often difficult to decide ending FGM on an individual basis as social pressure and sanctions are too heavy for an individual to bear. Decisions need to be reached collectively and the support of religious leaders among others has to be sought in order to allow sustained change to happen. This capacity building program is organized for the 15 villagers of Garowe District of Nugal region. Evidence shows that different religious groups have attempted to change harmful traditional practices among their followers. Religious groups usually have extensive community-based networks and their leaders are important opinion leaders. Muslim leaders for example have made a big impact in opening up discussion about FGM in puntland state.

The Process of Organizing the capacity building Program

The process of organizing capacity building program has benefited from the support of community members through sharing information. Group of community members had the opportunity to visit Garowe town in order to gather information that will help to start-up those are selected target audiences in the regions. The visits have enabled the group to identify contact persons for activities that will be implemented in the regions. The identified contact persons in Nugal region have been instrumental in organized the workshop in collaboration with KAD

The training team of KAD has made frequent contacts through telephone, and other means with the contact persons and other individuals which the team had established working relationships with during the process of its routine training activities. These people have worked hand in hand with KAD training team until the end of the workshop.

The KAD staff members have contributed in the selection of topics on which resource persons have to prepare presentations. The selected topics were carefully selected and range from the historical background of FGM to its relation with human rights. The topics were reviewed by the resource persons and gained appreciation. 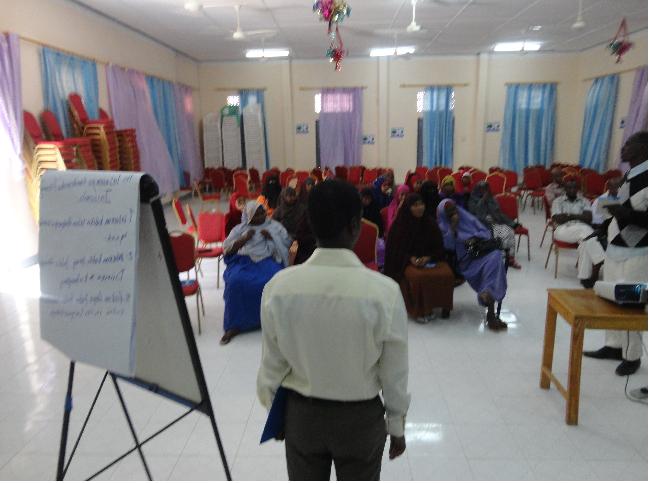 The general objective of the capacity building program is to help the target audiences to support actions that are geared towards abandoning harmful traditional practices including female genital mutilation which is practiced in its severest form in the Nugal region. As the target audiences are respected by the communities in the region, the use of such credible sources, it is believed, would lead to greater results. The specific objectives of the workshop are the following.

Course Content/Topics Covered During the Training 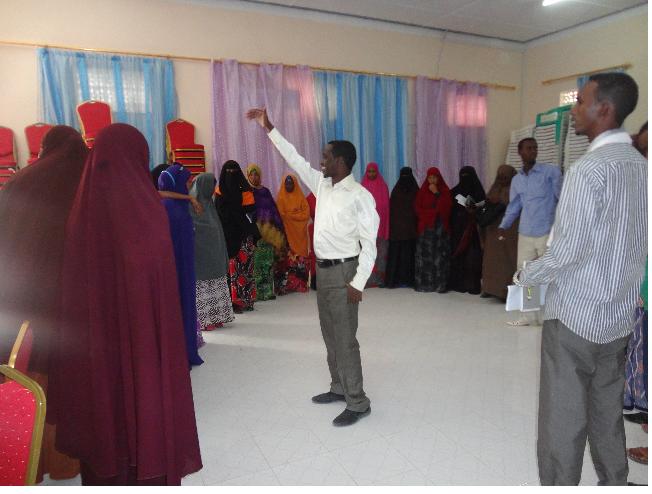 The awareness creation workshop was a three days workshop starting from 8:00 in the morning and ending at 12:00 in the afternoon.. The facilitator used to present recap every day before the morning training session starts.

Approaches/ Methods of the Workshop

Because FGM is an extremely sensitive subject, it is important that participants have the opportunity to share their own experiences and knowledge as much as possible. It is an effective method of learning. Thus the capacity building sessions were participatory in which the resource persons raise issues for the participants to discuss. The main approaches/methods were lectures, small group discussions, plenary or large scale discussions and group work. Moreover, there was video film showing female genital mutilation in the process.  Finally, at the end of the workshop the participants were requested to develop work plan as a way forward. 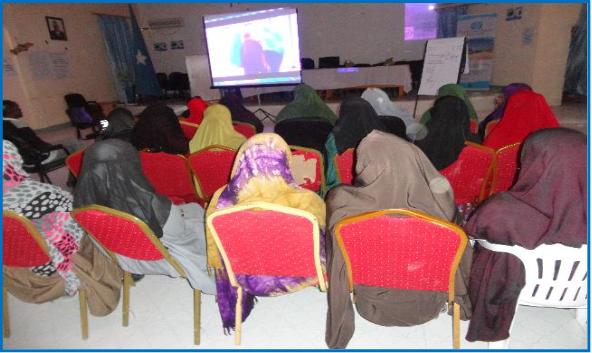 Participant are watching the village’s drama video about fgm/c

There were 30 community members that participated in the capacity building workshop. The religious leaders have been drawn from Nugal region. The list of names of the participants is annexed in this report. The selection involved among others Islamic leaders, and the chairman’s/chairlady’s of some villages of Garowe in Nugal region. Thus it is believed that the right people have been selected and will make use of the knowledge they acquired during the capacity building workshop effectively to increase the knowledge and change the attitude of the people in their localities ragmen�B  �n� ��� =MsoNormal>Participant are watching the village’s drama video about fgm/c

Welcoming and Introductory and Opening Speeches

The welcoming and opening speeches were made by project coordinator fgm, in her welcoming speech Katra m. Haji stated that the preparation of the workshop was a joint effort of KAD in collaboration with villagers

The topic has been presented by male resource person who is well versed in the consequences of FGM.

He was able to win the attention and sympathy of the participants while explaining the immediate and long term consequences of FGM. The areas covered during the presentation were the following.

Effects of FGM in Marriage

Effects of FGM on pregnancy and child birth

Effects of FGM on labor and delivery