KAALO in Partnership with National Endowment for Democracy (NED) launched titled “Promoting Transparent and Accountable Government in Puntland”. The main aim of the project is to enhance the capacity of public officials and promote public understanding of the importance of transparency and accountability in a democratic society. 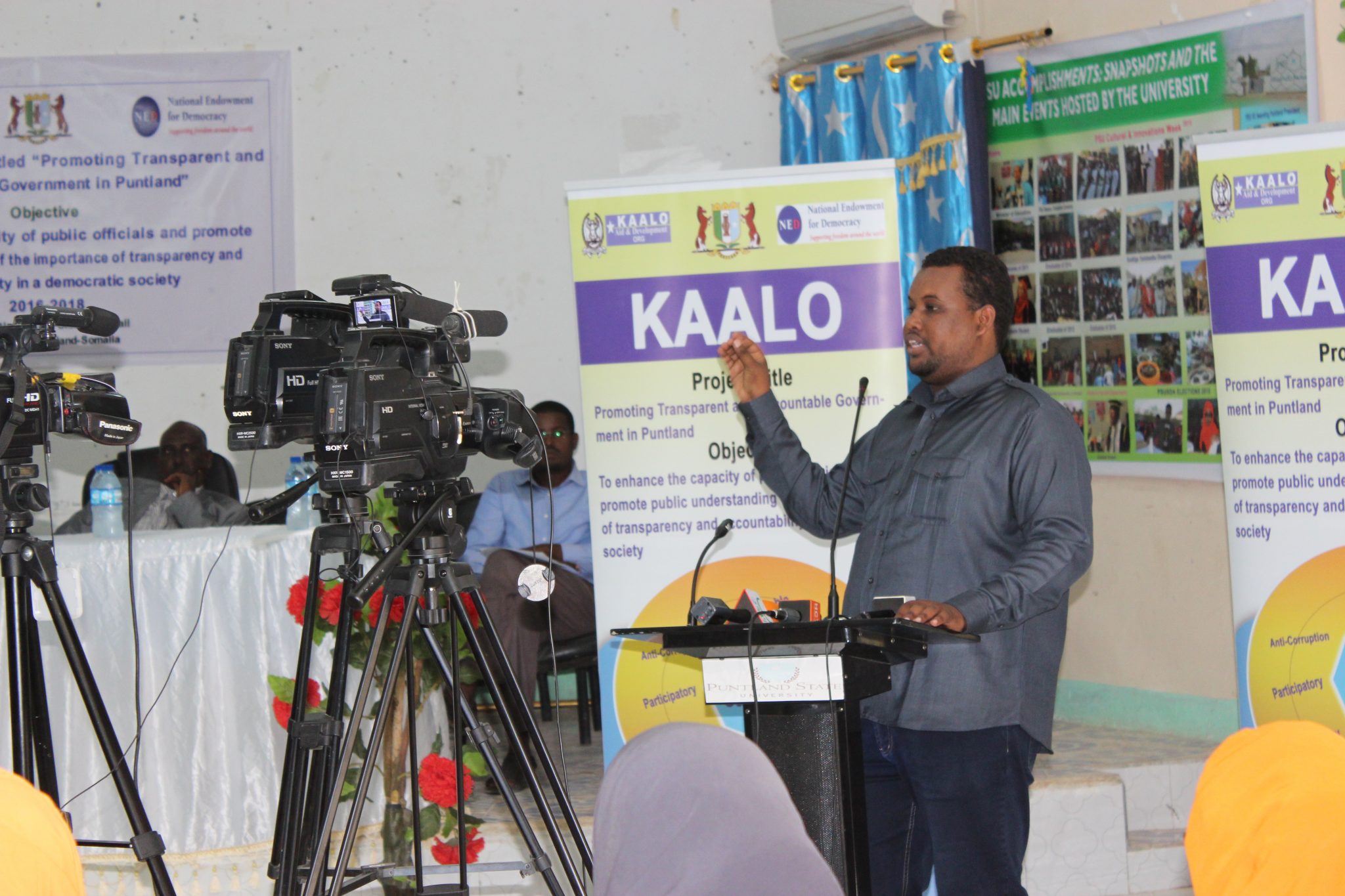 Ahmed Shire Ahmed, the Deputy Director of KAALO, presented about the project, main objective, target groups, and key activities of the project. Ahmed called all stakeholders to work hard, and contribute efforts in realizing the project objectives. He also thanked the donor partner of NED. 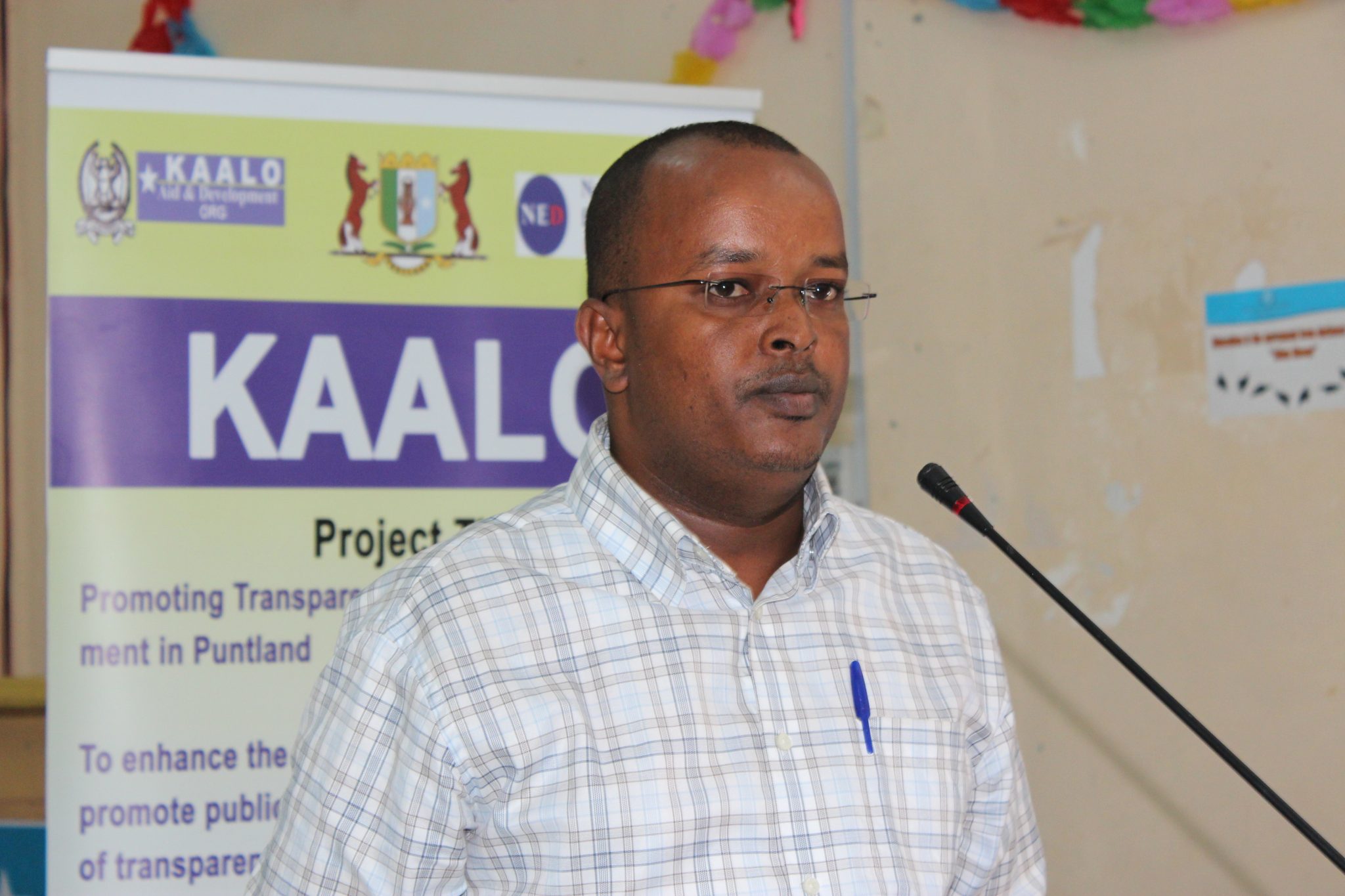 Salim Mohamed Yusuf, Represeintive  of Puntland Media Associations (MAP), emphasized the role of the media in the good governance, and he called Media and civil society groups to play their role in building the country, and thanked the efforts of KAALO and NED 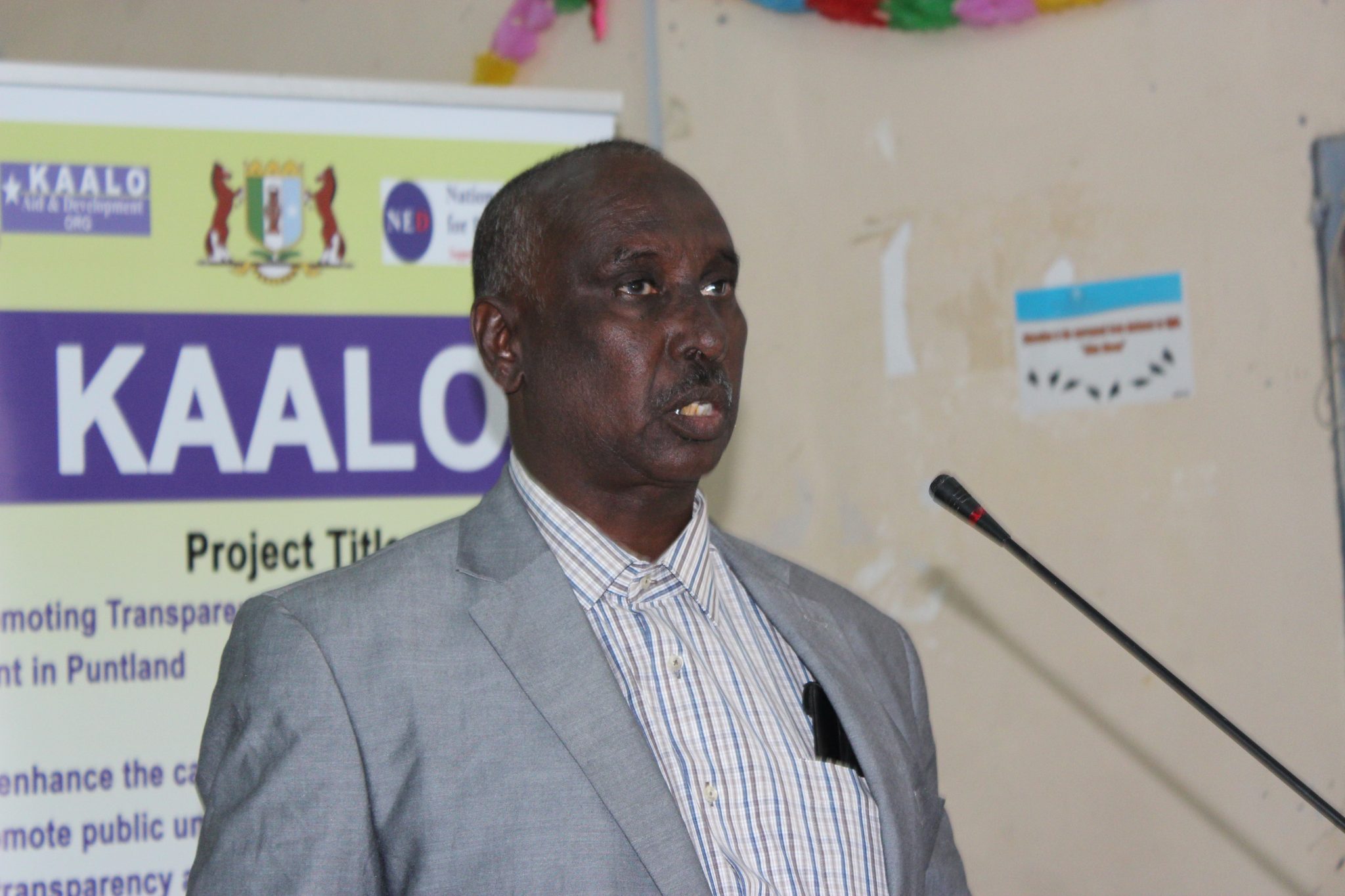 Nuur Shire Osman, Director of Puntland Non-State Actors Association (PUNSAA) highlighted the gaps and areas for improvement in both the public and the government, in order to deliver public services in effective and efficient way. He argued the government to take actions in building the good governance in Puntland. 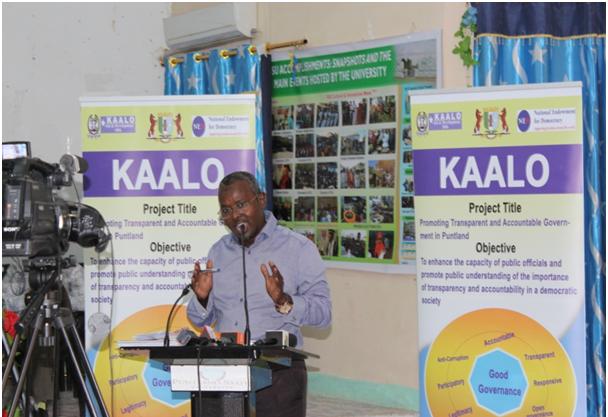 The project was officially opened by Mr. Adbirahmaan Ali Gureye, the Director of Puntland Good Governance and Anti-Corruption Bureau, he stressed on the importance of the project and the willingness of the government of Puntland to tackle corruption practices in the Public sector, and promotion of the public officials understanding on good governance, accountability and transparency.

The duration of the project is 2 years, commencing from April 2016 to March 2018, and the target locations are; Garowe, Gardo, Bosaso and Galkayo districts in Puntland, Somalia.