Kaalo Aid and Development (Kaalo) is responding to the devastating effects of the November 2013 cyclone that struck Puntland in the regions of Nugal and Bari. The districts of Dangorayo, Benderbeyla, and Eyl were badly affected. Based on the UN initial assessment on the effects of the cyclone, Food and Agricultural Organisation of the United Nations (FAO) designed a project to respond to the effects of the cyclone aiming at rebuilding the livelihoods of the affected households. In the implementation of this project, FAO invited four partners to supply services to the project. These agencies include Kaalo, an NGO whose responsibility in the project only involves distribution of 12,500 productive goats to 500 affected households (HHs) with each household entitled to 25 goats. Other service providers to the project include Ministry of Livestock and Animal Husbandry (MoLAH) which was charged with the selection and documentation of a list of affected HHs, monitoring and supervision of other project services/activities; Puntland Livestock Professional Association (PULPA), which is responsible for receiving and temporarily  withhold livestock (goats), vaccinating and treating them and handing them to Kaalo for distribution; and Shakir Company, a private firm hired  by FAO to do the Purchasing of the livestock.

The project titled “Distribution of productive animals in Nugal and Bari regions of Puntland” that started in June 2014 is being implemented in districts of Dangoroyo, Eyl and Bendarbayla in Nugal and Bari regions of Puntland. The project is aimed at supporting the distribution of productive animals to cyclone affected communities to contribute to the household subsistence and economy as well as the rebuilding of the critical nuclear herd of livestock in the cyclone affected districts.

Kaalo started its responsibility in the project by carrying out community mobilization and later implemented the first phase of livestock distribution in which 4, 750 goats were given to project beneficiaries in Eyl district on 7th September 2014. In this second phase, Kaalo was destined to distribute 5,200 goats to beneficiaries in the district of Dangorayo, bringing the total number of goats so far distributed to 9,950 for the two phases.

While in Baqbaq village, the project team held community meetings in the village to discuss the distribution mechanisms. The meeting participants included chairmen of beneficiary villages, traditional elders, and some project beneficiaries. In this meeting, members discussed the security situation of the area and future collaborations during the actual distribution exercise. The community leaders promised the project team that they shall ensure no disturbance emerges at the time of distribution and that they shall closely collaborate with police.

However, at the time of distribution, power struggles among the traditional elders emerged over the fact that each of them wanted to be more visible than others in the distribution process – portraying their self interest for personal recognition as people closely associated with a development intervention.  However the issue was amicably addressed by the project team and other community members through peaceful engagements with belligerent traditional elders.

On 30thseptember 2014 key stakeholders arrived at the distribution site in Baqbaq village to witness the distribution exercise. The distribution exercise began with an opening ceremony attended by government officials including the Puntland vice president Abdihakin Hajji, officials from ministry of livestock and animal husbandry, Minister of interior, and security officials. Other participants at the opening ceremony included Kaalo staff led by the Deputy Executive Director in charge of operations, Mr. Ahmed Shire, the traditional sultans, officials from other project service providers, and members of the beneficiary communities.

However, during the opening ceremony, due to …….the distribution was postponed to 1st October, 2014.

The distribution began with PULPA completion of the purchase of 5,200 goats for the second phase and notified Kaalo of the same. Kaalo thereafter sent the project team to visit the PULPA withholding kraal on 28rd Sept. 2014 to take stock of the animals purchased to understand their conditions and to confirm 30th September, 2014 as the distribution date as earlier agreed with leaders of the beneficiaries.

In the early morning of the distribution date (1st October 2014), Kaalo’s team counted 5,200 goats and officially received them from PULPA and distributed them to Two Hundred Ten beneficiary households (210HHs). Given this huge number of households, the beneficiaries requested to divide themselves into groups in order to support each other in moving their goats to their respective destinations. This was to make it easy for them to share the support of escorts provided by Kaalo. Escorts safeguard beneficiaries from the crowd of people who gather at the distribution site.

It should be noted that the affected community members by the cyclone are by far more than the number of beneficiary households on the Ministry list. Those not on the Ministry list had also gathered at the distribution site in large numbers. This prompted the community elders of the affected districts to convene a meeting in which all beneficiary households were convinced to each relinquish 5 goats that would be given to those vulnerable persons not on the list of the Ministry. The real beneficiaries on the list agreed to their elders’ suggestion. Based on that decision, more than 500 identified as vulnerable persons benefited, leaving the 210 household on the list to go with 20 goats each. Important to note is that this decision was based on the local cultural context of people always wanting to supporting each other in times of need. However, it brought harmony and a smiling face at the distribution site and shall result into peaceful coexistence among the affected communities.

The distribution exercise went on well and there was no problem that affected the exercise since community meetings and other meetings of all the service providers had ironed out a few issues that could have delayed the distribution.

The following were some of the Challenges met during the distribution exercise: 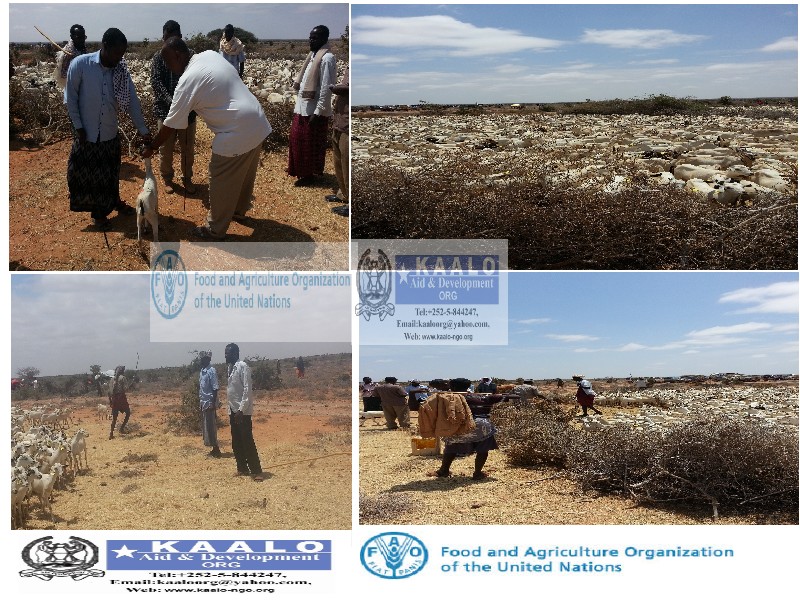 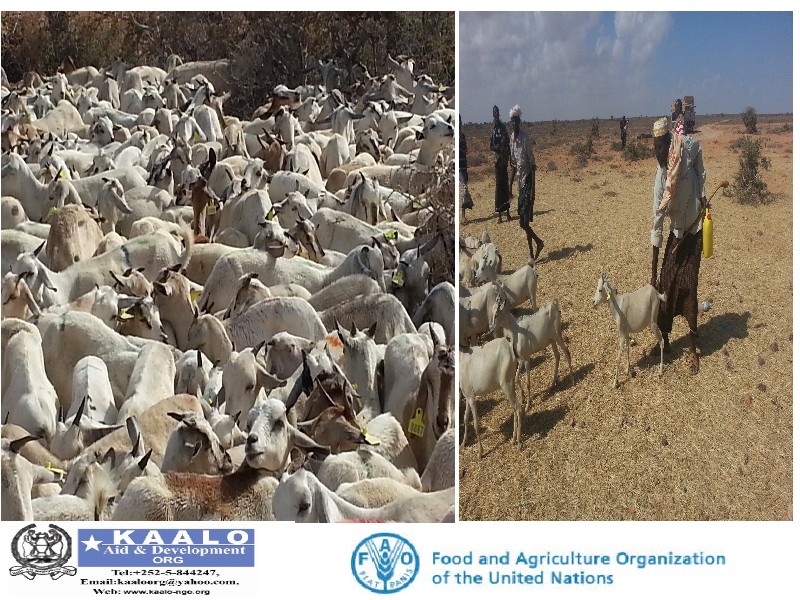