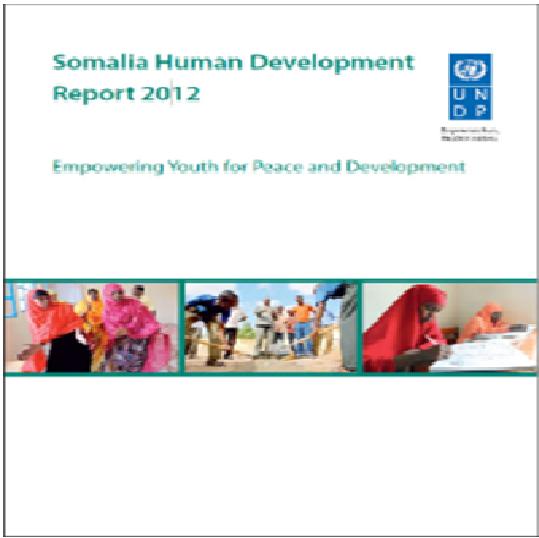 The new report – which is based on surveys conducted in more than 3,000 households in south central Somalia, Puntland and Somaliland – reveals that although the majority of Somali youth believe they have a right to be educated (82%) and a right to decent work (71%), they feel disempowered by multiple structural barriers built into the family, institutions, local government and society at–large.

This lack of viable education and employment opportunities – in addition to clan and cultural prejudices – has created a high level of frustration and discontentment among young people.   Therefore, radical shifts in policies and attitudes are needed in order to empower and place them at the core of the development agenda.

The report contains a Youth Charter, developed by youth representatives from Somaliland, Puntland and south central Somalia, with inputs from a wider group within Somalia and in the diaspora.  The charter underlines the aspirations, perceptions and needs of young Somalis – such as free and compulsory basic education and greater representation of youth in parliament – while serving as a guiding set of principles that the government, development agencies and civil society should abide by in order to engage youth and ensure the inclusion of their needs in the design of development policies.

As part of the solution, the report recommends putting the empowerment of excluded groups – such as youth and women – at the centre of Somalia’s national development agenda, and calls for a broadening of the current clan-based electoral system to include marginalized groups.  Job creation and improved educational opportunities for all social groups, including those that have already missed out on such opportunities, will also help pave the way towards a more stable nation.  There is also a need for a platform for young Somalis to express themselves freely at all levels, while strengthening the capacity of local authorities to support youth programmes.