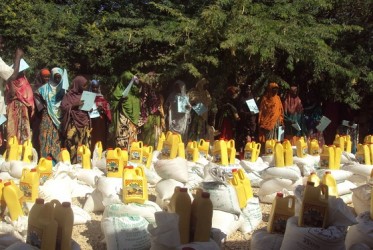 This livelihood project funded by our partner Diakonia Sweden and implemented KAALO Relief and Development.

Currently Somalia is experiencing the impact of worst drought affecting both people and livestock in all parts of Somalia. The drought has been hitting all the horn of African countries of Somalia, Kenya and Ethiopia but Somalia being the worst hit and the situation is desperate. In some parts of Puntland there are areas severely affected by drought where thousands of households lost their livestock.

The main assets of Pastoralists is livestock and depend on livestock for all their basic needs and in many of the worst affected areas people lost their livestock, their economy undermined and faced with food insecurity. Livestock sales are often used to buy grain so the lack of milk and meat has contributed to high malnutrition levels. People’s livelihoods have been decimated.

To prevent malnutrition and famine caused by destitution and starvation due to prolonged conflicts and drought-affected destitute pastoralists and famine IDPs in Humanitarian Emergency (HE) in Nugal region and Mudug region.

The specific objective of the project is to contribute stabilizing food access and nutrition for 600 famine IDPs and drought affected in Humanitarian Emergency (HE). 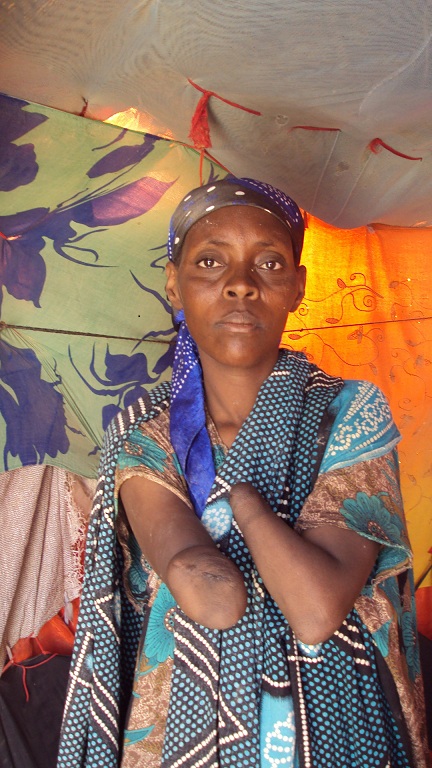 A widowed mother of 7 children fled to Garowe after her husband was killed in Mogadishu by Al-shabab and she lost her arms. now it is very dificulty to look after her children.

The Criteria for selection of the beneficiaries includes:

The project supports the communities such as business in such a way that after giving them food and NFIs they use the physical appearance of the people and will minimize the number of beggars in the streets and have been able to look for job. The community after getting jobs and sustainable livelihood they will have access to health and education services.

The project has no negative impact on the environment and it’s expected that it may contribute to peace in that if people who are in need of food and money are provided with Something they may stop haunting for other peoples wealth in a bid to fight against their poverty and hunger.

Important assumptions used during project formulation; generally the security of Puntland is good and there was no any negative   assumption that could be highlighted to risk for the Project. 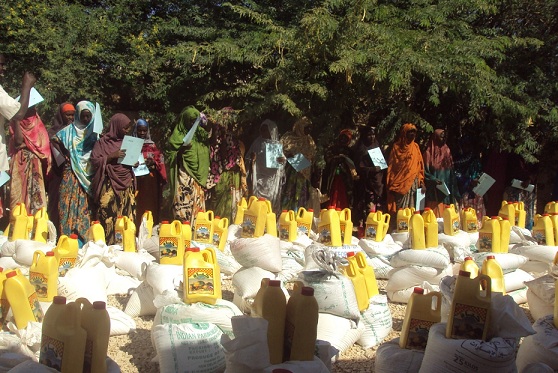 In generally, 200 household who affected drought and 400 displaced communities benefited this project on the food and non-food -items distribution.

Food and non-food items distributed to the communities:

Each household distributed the fallowing food items and non-food items: